The Rise of Supernatural Deception

Three times in Matthew 24, Jesus highlights the number one strategy of Satan in the last days: DECEPTION! And where will deception run rampant? I actually believe it will be sown right in the middle of the harvest of souls that God is going to bring into His kingdom over the next decade. As the Bride of Christ, we must be on the alert and recognize that Satan never counterfeits trash. In fact, he intentionally targets areas of our lives and aspects of the kingdom of God that he knows are going to bear forth a tremendous amount of fruit. For example, the reason why the biblical message of “grace” has been so counterfeited in this generation is because Satan knows the freedom from sin that true grace brings to our lives.

As souls are saved and the gospel of Jesus Christ is preached in power in America and the nations of the earth prior to the Second Coming, we must identify the rise of supernatural deception in our midst. The account of Simon the Sorcerer is told in Acts 8:9, when it says,

“Now a man named Simon was previously in the city practicing sorcery and astonishing the nation of Samaria, saying he was someone great, to whom they all listened, from the least to the greatest, saying, ‘This man is the great power of God.’ They listened to him, because for a long time he had astonished them by his sorceries.” Phillip began preaching the good news of the kingdom in Samaria and many men and women were baptized. Even Simon the Sorcerer himself believed and was baptized and immediately started following Phillip because he was amazed at the miracles taking place. When Peter and John heard that Samaria was receiving the word of God, they came down and began to pray that people might receive the Holy Spirit. Laying hands on the new believers, many of them began to be filled and touched by God.

In Acts 8:18-24 it says: “When Simon saw that through the laying on of the apostles’ hands the Holy Spirit was given, he offered them money, saying, ‘Give me also this power, that whomever I lay hands on may receive the Holy Spirit.’ Peter said to him, ‘May your money perish with you, because you thought you could purchase the gift of God with money! You have neither part nor share in this matter, for your heart is not right before God. Therefore repent of your wickedness, and ask God if perhaps the intention of your heart may be forgiven you. For I see that you are in the gall of bitterness and in the bond of iniquity.’ Then Simon answered, ‘Pray to the Lord for me that nothing you have spoken may come upon me.’”

One of the keys to understanding the deception that Simon the Sorcerer lived in is to identify what he hungered for. He said to Peter and John, “Give this authority to me as well.” Simon’s desire for a position of influence and attention was the driving force behind his request to have the apostles lay hands on him. He was not interested in deep union with Jesus. He was only interested in the miracle-working power of Jesus. All activity in the kingdom of God that is not born out of intimacy is unauthorized by heaven!

In contrast to Simon the Sorcerer, Peter and John had not only walked with Jesus, but as the crowds noted in Acts 4:13 as the lame crippled beggar had been healed, “they had been with Jesus.” Peter and John had waited in the Upper Room to be filled with power from on high, but Simon the Sorcerer was looking for a quick impartation to launch him into supernatural ministry.

Peter responds to Simon’s request and says, ” May your silver perish with you because you thought you could obtain the gift of God with money!” In other words, Simon wanted authority and power so badly that he was willing to use soulish means to obtain them. Peter continues and says, “You have no part or portion in this matter, for your heart is not right before God. Therefore, repent of this wickedness of yours, and pray the Lord if possible, the intention of your heart may be forgiven you.”

There are a growing number of Christians in this generation, like Simon the Sorcerer, who are hungry for the supernatural and are therefore looking for an impartation, prayer, or touch from a well-known leader in the body of Christ to launch them into ministry. Rather than seeking intimacy with Jesus Christ and walking in true legitimate kingdom authority like Peter and John, many, just like Simon, are seeking a drive-thru experience because they are hungry for authority, but aren’t willing to obtain it legally through intimacy.

I want to prophesy to you: God is going to raise up mighty soul winners just like Peter and John in these last days but beware! Simon the Sorcerer types are also going to emerge operating in supernatural deception. Like the wheat and tares growing up together in Matthew 13- we need increased discernment in this hour to distinguish true messengers from false ones. 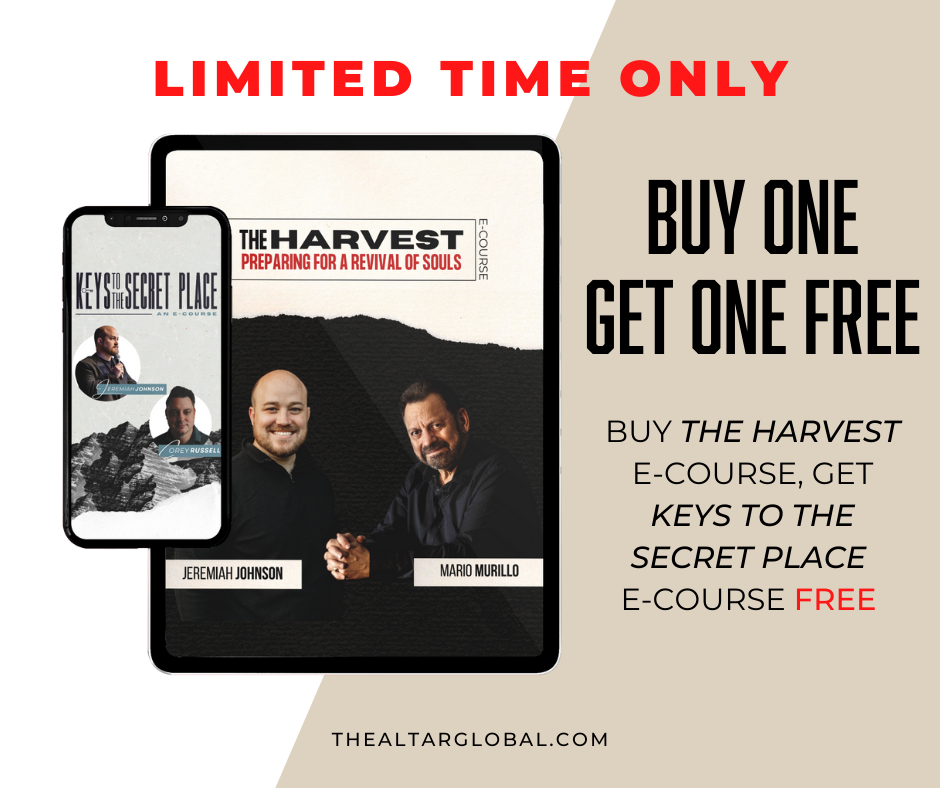 When church leaders create and cultivate atmospheres where the supernatural is valued over and emphasized above righteous and holy living, it produces followers like Simon the Scorcerer who hunger for power at the expense of intimacy and embrace the anointing without seeing the need for character. (Acts 8:14-24) Any leader or believer in the body of Christ who loves the “supernatural”, yet cannot embrace messages on repentance, holiness, and character transformation are dangerous and deceived. One of the main reasons parts of the body of Christ are headed for shipwreck is because we are continuing to honor and give individuals positions of authority that have quit on intimacy.

Instead of carrying a living and active spirit of revelation, Simon the Sorcerer types have to borrow revelation because they have no prayer life. Simon told Peter and John in verse 24, “Pray to the Lord for me yourselves, so that nothing of what you have said may come upon me.  Simon the Sorcerers are looking to get launched into ministry by another’s touch, but the soul winners like Peter and John that God is raising up right now are looking to grow in humility under heaven’s touch. This can only be accomplished through prayer, fasting and time in the secret place.

Will you partner in prayer with me today- that God would raise up thousands and thousands of laborers that would participate in one of the greatest harvest of souls that any generation has seen? Will you also pray for great discernment to rest upon the end time church as supernatural deception runs rampant in these last days? There can be no substitutes in our lives for the place of prayer and deep intimacy with Jesus. As He anoints us in the secret place, only then can we operate in true power and authority in the public place.

If you are interested in being equipped concerning the secret place where authentic power comes from and participating in the true harvest that God is releasing in this hour- consider joining myself and several key leaders who have a proven track records in these biblical realities today. Click here for more information.